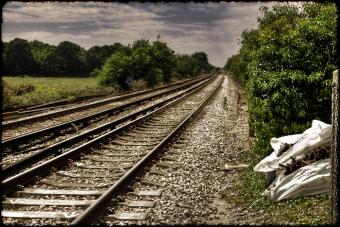 North American oil output has risen to about 11.6 million barrels a day (bpd) as of the end of 2013 (U.S. Energy Information Administration). By 2016 the US alone will be producing 9.5 million bpd with Canada increasing output to 3.8 million bpd.


All of this oil needs to be moved. Currently rail/tanker trains account for 11% (784,000 tankers) of this transportation as of the end of September 2013. Only 4 short years ago shipping crude via rail virtually did not exist according to the Association of American Railroads.

Shipments of crude by rail in Canada surged last year to 140,000 tankers or 230,000 barrels daily from about 500 carloads in 2009 according to the Railway Association of Canada.

With this increased volume being moved by train it is only logical to expect that the number of accidents/spills would increase proportionately. Without much thought we can all probably think of 3 or 4 accidents which have happened in the past 6 months, beginning with Lac Megantic in July to the explosion and subsequent fire in New Brunswick a couple of weeks ago.

An aging infrastructure, dated equipment and increased strain on the system mean proper response procedures and technologies need to be strategically placed in an effort to mitigate personal and environmental damage.

Both the Canadian and American Federal governments are moving quickly to put in place new regulations. What do you think should be done to prevent future catastrophes?  Rails are a proud and important part of our heritage and helped to build the continent, how to we keep them from destroying it?