BC, Why Not Look At The Bright Side? 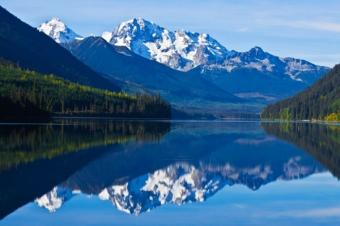 It has been reported that Christy Clark, B.C.’s premier would only support the Northern Gateway pipeline if her province receives a fair share of the economic benefits. Enbridge itself claims the pipeline will deliver $1.2 billion in tax revenue, and $9 billion in government revenue over 30 years to British Columbia. Then there are 3,000 construction jobs and 560 long-term jobs, according to the company, and the purchase of $800 million in goods and services in northern B.C.

Still, there is a lot of debate about this project’s fate, especially the big concern from Clark about spill recovery on land/water incase of a disaster.

With so many shinny balls in the air has everyone become distracted from what may be the biggest opportunity of them all?

IF the pipeline is built why does Canada not use this opportunity to do something nobody else in the world has - actually implement a "world class" response system.

This buzz phrase is thrown around by politicians, media and the likes daily, however, for decades these "world class" response systems have not evolved or improved.  We still at best see recovery rates of 5%-15% of the spill.

With the pristine and unique shoreline of the British Columbia's West Coast, mistakes and low recovery amounts are not options.  Technologies currently exist which are capable of recovering 80%-90%+ (estimated) if properly deployed in a timely manner.

Click here to speak to a spill response specialist.