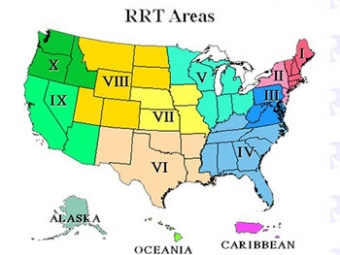 Below are the Executive Summary and full length letter submitted by Imbibitive Technologies President/CEO John Brinkman to USA EPA Regional Response Team II Co-Chairs in response to the Spring Meeting which was held April 13-15, 2016.

Based upon past historical and well-documented statistics the current array of technologies being employed by the global spill response industry to remove significant volumes of spilled oil from the environment has failed miserably, and continues to do so.

In spite of the statistics and repeated demonstration of the ineffectiveness of the equipment and techniques being used over the past thirty years or more, Federal Agencies such as EPA/USCG/NOAA are in fact condoning the continued use of this equipment and techniques and in doing so are also condoning the maintenance of the status quo when it comes to spill mitigation.

As the gatekeepers for the US environment Federal & State Agencies have been mandated to protect the environment and enforce the regulations that are in place. It is assumed that the purpose of the RRTs and the NRT convening on regular occasions is to look for ways of better coordinating response operations and im­proving their outcome.

The irony in this is that the inability of EPA or USCG (for example) to dictate what techniques or products should be used in a given situation means that both EPA and USCG are entirely dependent upon the OSRO and its contractors as to how an incident is dealt with.

That the issue concerning “conflict of interest” (i.e. time & materials billing issues) for a contractor to use less effective means to clean-up a spill never seems to be addressed.

Coincidentally, the concept of utilizing BAT has been an important consideration of the US Clean Water Act since 1972, and prescribes that the best state of the art technology be employed without regard for traditional cost-benefit analysis; the criteria for use being outcome-based.

The push-back by environmental and special interest groups to oil industry expansion through off-shore, pipelines, road & rail transport expansion is well-founded based upon the industries’ performance (or lack of performance) over the last thirty – forty years.

Without “measurable performance criteria” on which to base the performance of an OSRO there is no need for OSROs to change the way they respond to oil spills; OSROs and their contractors are compensated regardless of how much oil they remove from the environment, and as the system currently exists there is no means of measuring their performance.

The increased acceptance of dispersant use is a direct result of EPA permitting the use of 800K gallons of dispersant at the wellhead, for the first time in history, during DWH. The long-term implications of its use were not known at the time and the legacy of that decision is still being written. Research currently being funded deals primarily with dispersant use and its impact upon the behaviour and effect of oil upon marine life and shorelines.

To the best of our knowledge there is no work being undertaken on actually improving oil spill recovery methodologies?

The inability of EPA/USCG/NOAA to dictate and enforce that Best Available Technologies be used during spill events has effectively hamstrung any opportunity to advance the state-of-the-art from where it was thirty, forty or even fifty years ago.